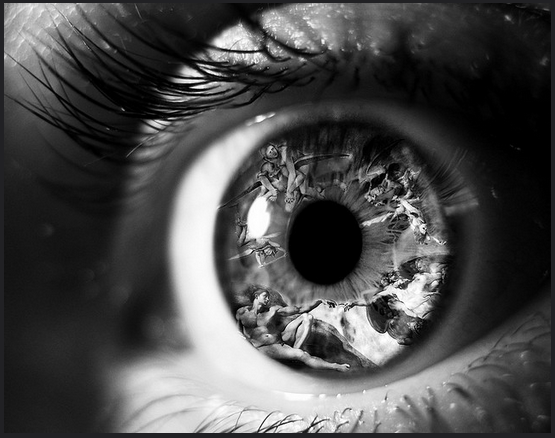 I was one of those theatre kids in high school – except, probably not the kind of theatre kid you’re thinking of because, maybe owing to the talent that was our director, our theatre department accepted creativity and talent without demanding it look bizarre and attention-seeking.

I love every side of theatre, from the dramaturgy to the design to the building to the acting to management, to every component seen and unseen and considered only by someone who has experienced its infinite possibilities. I have often felt if I wasn’t obligated to use my talents and experiences to do work a little heavier and in a different scope of impacting the world, I’d have given my life to theatre and never returned.

One of my highs when I consider the beauty of the art is this closeness to replication of the idea of the Christian God, as he is understood in the book of Genesis, as a creator. Director, scriptwriter, set designer, actor – in every role in the theatre, there is an element of “playing God.”

Most obvious is the sense of creation. When you take on a script to produce, you take the most active role in participating with the language. It is greater than that of a reader of a book, greater than audience member to song, and understood perhaps only by musician and arranger in music, for it is not only your interpretation you are about to create, but the elements that will then foster hundreds more interpretations as your art is displayed and received and combined with the actors’ intonations, the costume designer’s marks, the audience’s personal experiences and reactions to your decision to place X in Y moment. The details – or lack thereof – are each a work of art in themselves, lending to this entirely separate world you are about to create, be it for one night, ten minutes, or two weekends.

So, yes, of course, in that way, it is easy to understand the imitation of God, the creator.

But this wasn’t where I saw man created in his image.

Any person with any remote involvement or understanding of the process of theatre is aware of something called “strike” or “striking the set.” It is the packaging of the many hours of rehearsal or staple gun jams or light hanging into a box of what will be held as only fond memories, despite disagreements and frustrations; the moment the show closes and traces of premature nostalgia immediately grab onto the molecules in the air as the final bow is bent; rather, quite simply, it is the tear down of the set and the clean up.

Here, many a times, I found understanding of man as a creature of ego, control, and war. Here, I first understood man truly exercising his desires to be as in his god’s image, which isn’t about the physicality at all, but in behaviour – in destruction.

Striking a set is meant to be relatively clean, organized, and, unless you’re a theatre without any concerns about financial security (in which case, I’m guessing you operate a brothel), relatively eco-friendly in the preservation of materials for future use.

However, it’s best to recall that this was a high school and, while we were a good group of kids, we were still kids and there were many of us and not usually more than two supervisors.

And in those moments lacking supervision, temptation most often arose not to play gun fight with the nail or staple guns, not to climb into the catwalk and onto the roof of the school (although it definitely happened), but to simply obliterate. Smash. Burn. Destroy. Tear apart.

This would happen a great deal outside the context of theatre, happens in classrooms in my own school when teachers are filled in by unconcerned substitutes for too long.

I used to wonder what it was that drove people to want to destroy something someone had committed much time and effort and creativity to building – sometimes even the same someone that did the building. I wondered why I got nervous sitting next to open fires with items around me, why I always had to fight the urge to just stare into the flames and pretend I didn’t see the book next to me, wasn’t envisioning the black curls the ink would become if I just tossed it in.

It occurred to me early then that it was about this duality I was finding too young to fully grasp – the same that said joy was not understood without pain said that creation may not exist without some form of destruction, for, if nothing is destroyed, at some point, there is no need to create.

As I toyed with the inarguable desire to create that exists in people, often outweighs the desire to destroy (and, in those it does not outweigh, I later decided it was because they were frustrated with not knowing how to create), I tried to figure out why man couldn’t be satisfied with just one. It occurred to me that the god that he was to be modeled after was not satisfied with one either, that, if the Bible is indeed looked at as a historical context, some of the most destructive events in history to mankind, to the earth, were brought about by this same god that created and invested in it.

At the very tender age of 15, I decided there would probably never be a true war-less existence, that there would be some kind of conflict amongst people in some way because, whether about creating dominion for the spread of religion, establishing financial footholds, creating the most powerful weapon, creating fear and terror – there would always be this need to create and need to destroy. In some instances, particularly in war, they are the same.

Be this because we are modeled after a god that is, at the end of the day, quite human, or for another reason is ever up for debate. It is only certain that our world is modeled after and exists for some form of dualities and these are inherent in us as participants of the world.

Give Sharkey a piece of your mind. Cancel reply